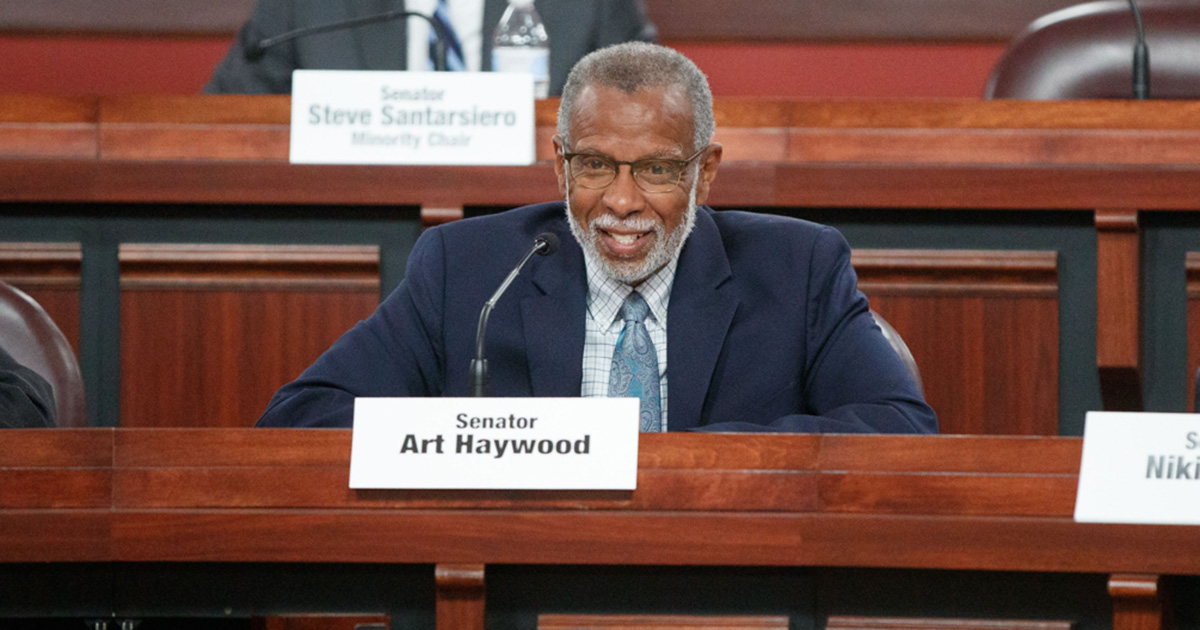 Senators Haywood and Baker introduced the bi-partisan legislation on September 13. The Senate Judiciary Committee held a voting meeting today at 11:30 a.m. in the East Wing of the Pennsylvania State Capitol Complex and voted in favor of Senate Bill 1333.

“Today the Senate Judiciary Committee overwhelmingly passed Senate Bill 1333, legislation that I have been pleased to work on with Senator Haywood,” said Baker, who serves as chair of the committee. “We hear all too often of guardianships resulting in unintended exploitation of individuals.” Baker added: “This measure takes a positive step forward to better protect this vulnerable population from abuse.”

When a court determines that an adult is incapacitated, it appoints a professional or family guardian, who is responsible for making certain decisions on the adult’s behalf, either fully, or in a limited capacity. After the court transfers legal responsibilities, the guardian can make financial, medical, and personal decisions that the adult is unable to make for themself.

In October 2019, three court-appointed guardians embezzled more than $1 million from 108 victims in six Pennsylvania counties. With over 19,000 active guardianships in the state, this bill will prevent fraud, abuse, and exploitation, and increase representation for Pennsylvanians.

The new legislation proposes the following:

“My neighbor, Mr. Frisby, was ripped off by a professional guardian,” said Haywood. “This legislation remedies the practices that lead to that theft.” Haywood continued: “Thank you, Mr. Frisby, for bringing this matter to the committee for a vote.”

While guardianship can be an appropriate tool to support individuals who cannot make decisions themselves, it should be limited and used only as a last resort. Alternatives to guardianship include habilitation programs, representative payees managing public benefits, and family or friends serving as health care representatives. These pathways can be equally effective, less expensive, and more emotionally safe.

Senate Bill 1333 now advances to the full Senate for consideration.